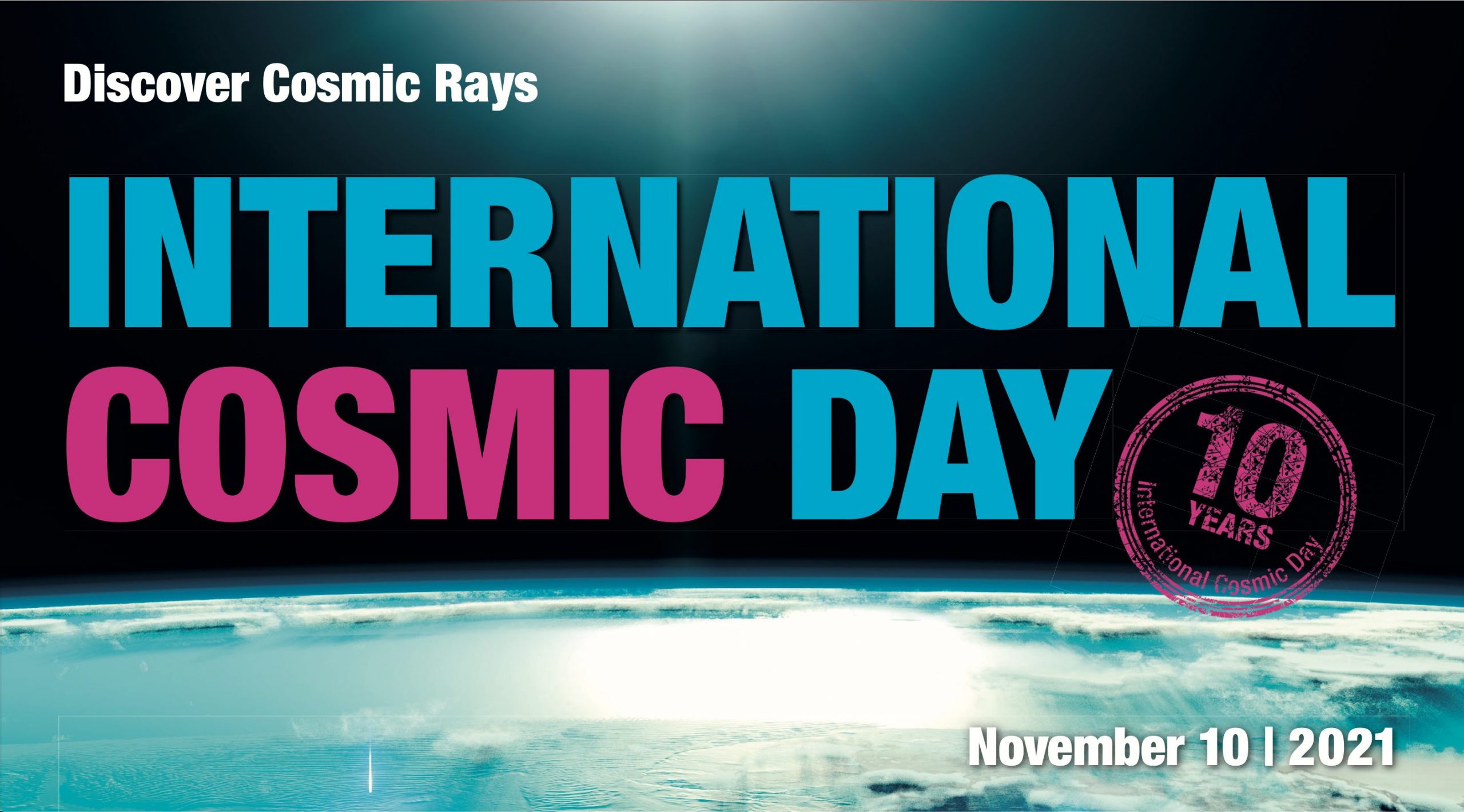 Each year in November, a celebration of cosmic ray particles takes place around the globe – International Cosmic Day (ICD). This global science outreach initiative, now in its 10th year, is devoted to the exploration of cosmic rays. Discovered in 1912 by an Austrian physicist, cosmic rays are high-energy particles arriving from outer space that pass by largely unnoticed.

Their detection and analysis, once exclusive to high-energy physics, is now accessible to students through low-cost detectors and data made available from experiments and institutes. During ICD, students, teachers, and scientists come together to investigate cosmic rays. High-school students from around the world learn about cosmic rays, discus results, and work like an international scientific collaboration. Students work together over the course of the day from developing a research question to publishing their work.

While we can’t see or feel them, the surface of the Earth is constantly bombarded by a steady stream of cosmic ray particles. When subatomic particles like protons enter the Earth’s atmosphere, they create a secondary shower of particles, including muons that make up a large portion of the background radiation present on the Earth’s surface.

This invisible background radiation is the reason why sensitive astroparticle physics experiments probing the deepest mysteries of the universe must be set up underground, shielded from muons and other particles. In fact, the two kilometres of rock overburden at SNOLAB reduces the muon flux by a factor of 50 million, more than any other lab on the planet.

About Cosmic Rays Live at SNOLAB

In partnership with the Cosmic Rays Live outreach initiative at the Laboratori Nazionali del Gran Sasso (LNGS), SNOLAB is developing a new outreach program using a series of Cosmic Ray Cubes (CRC) that function as muon telescopes to detect muons arriving on the Earth’s surface. These instruments allow people to see the rain of particles produced by the interaction of cosmic rays with the atmosphere.

In September, SNOLAB brought its first cosmic ray detector online and now live events can be viewed and data collected using a smart phone through the Cosmic Rays Live app. Data from the SNOLAB CRC will be available for participating students to use in International Cosmic Day activities this year. Developed by LNGS, the Cosmic Rays Live app lets anyone with a smartphone explore live data from cosmic ray detectors in Italy, Spain, Japan, and at SNOLAB in Canada.

Through our involvement in the Cosmic Rays Live program, SNOLAB is participating this year in a virtual education event that will reach more than 1200 high school students through activities organized by LNGS, National Institute of Nuclear Physics (INFN), and the Gran Sasso Science Institute (GSSI). Students will analyze the data taken through the app, interact with groups of students all over the world, and prepare a poster that will be published online through the International Cosmic Day organizers.

Check out Cosmic Rays Live on the App Store