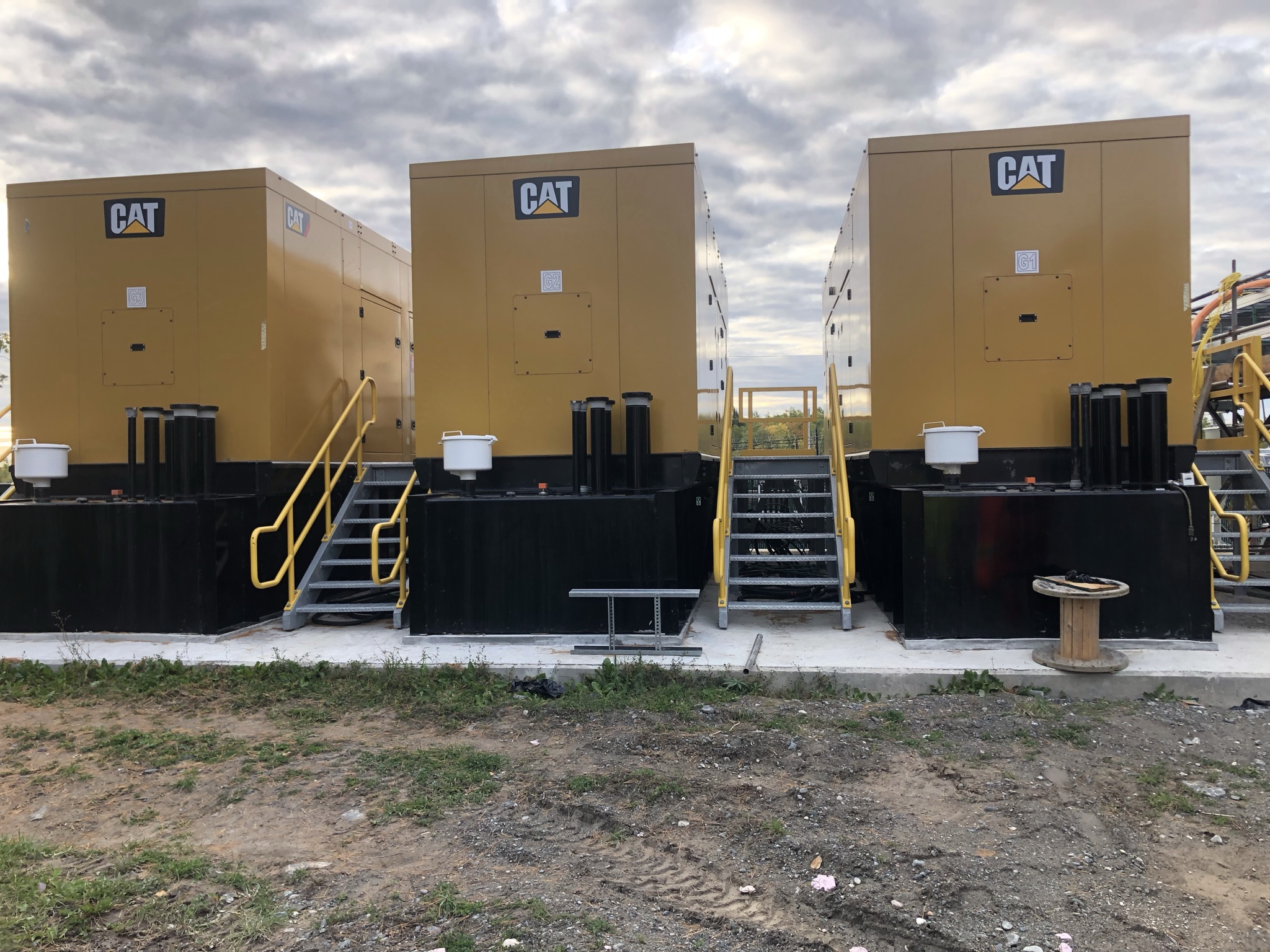 What happens when the power goes out at SNOLAB? Well, it doesn’t really go out, anymore. SNOLAB and Vale recently completed the final tests of three generators that have been tied into the lab – and mine – electrical system. In the event of a power outage, the generators will automatically turn on, and a switchgear will loop them into the SNOLAB power circuit, restoring power to the underground lab in under a minute. SNOLAB’s Director of Operations, Allan Barr, said of last week’s final test, “I’m thrilled to have this project completed. These generators are a key investment for SNOLAB’s future to ensure we are well positioned to host the next generation of experiments.”

The final test involved shutting off Vale’s 18 circuit, the circuit which supplies power to SNOLAB, and running the entire lab on generator power. Important components of this test were making sure that the automatic switchgear worked properly when mine power shut off, and double checking that when the auxiliary generator power kicked on it would run equipment in the right direction (this last test was done with only one exhaust fan turned on to make sure that if there was a problem, no sensitive scientific equipment would be at risk). Everything went smoothly, and SNOLAB now officially has backup power underground.

The generator project began six years ago and was made possible through a Canada Foundation for Innovation funding injection. As experiments hosted at SNOLAB become more sensitive and use more advanced technology, their operating conditions become more constrained. For example, SuperCDMS will operate at about 15 millikelvin. It takes time to achieve that low temperature, and a constant flow of electricity to the chillers to maintain it. A power outage would take the chillers offline, causing the experiment to warm. It could take a month to re-cool SuperCMDS to operating temperature, time during which the experiment cannot be taking valuable data. Having a backup power system for the lab was one of the factors the SuperCDMS collaboration considered when deciding where they wanted to install their detector. SuperCDMS is unique in its cooling needs, but future experiments employing more advanced technology will also have increasing needs for consistent power. The guaranteed constant power supply to the lab helps make SNOLAB more appealing to future generation experiments.

Paul Larochelle, SNOLAB Project Manager, said of the project, “It was a really interesting project with a good amount of technical challenge; it is terrific to see it completed and know that the lab now has reliable backup power. Having been underground during an extended power outage, I know the kind of impact this new capability will have on SNOLAB’s operations.” Although these generators are used in many industrial applications, SNOLAB’s project was unique. SNOLAB purchased the generators and was responsible for overseeing the project, but the installation required close collaboration with Vale because the generators were tied in through their electrical system and their electricians had to make some of the necessary cable connections. The completion of this project was only possible through the hard work and creative problem solving of SNOLAB’s operations and project management teams, and the cooperation of and coordination with Vale.

The three generators sit on surface near Vale’s main building: bright yellow boxes capable of powering the lab for weeks, if needed. The generators are typical diesel locomotive engines, chosen for their prevalence and, therefore, ease of repair in the event of a breakdown. Toromont, who built the generators, has provided training to the SNOLAB team so that much of the generator work can be done in-house. Each generator produces 1 megawatt and is capable of running for 3-4 days at full capacity using the built-in fuel tanks. The way the system is set up with at least two generators running at all times, they can power the lab for a week until refueling is needed. In the event of an extended power outage, fuel tank capacity means there will be plenty of time to arrange for diesel shipments while maintaining constant power to the lab.