DAMIC uses CCDs (charged coupled devices) to look for dark matter interactions. The silicon CCDs are electical circuits made up of many capacitors, which are extremely sensitive to small changes in energy. When a dark matter particle interacts, that energy change can be measured, creating a signal in the data. 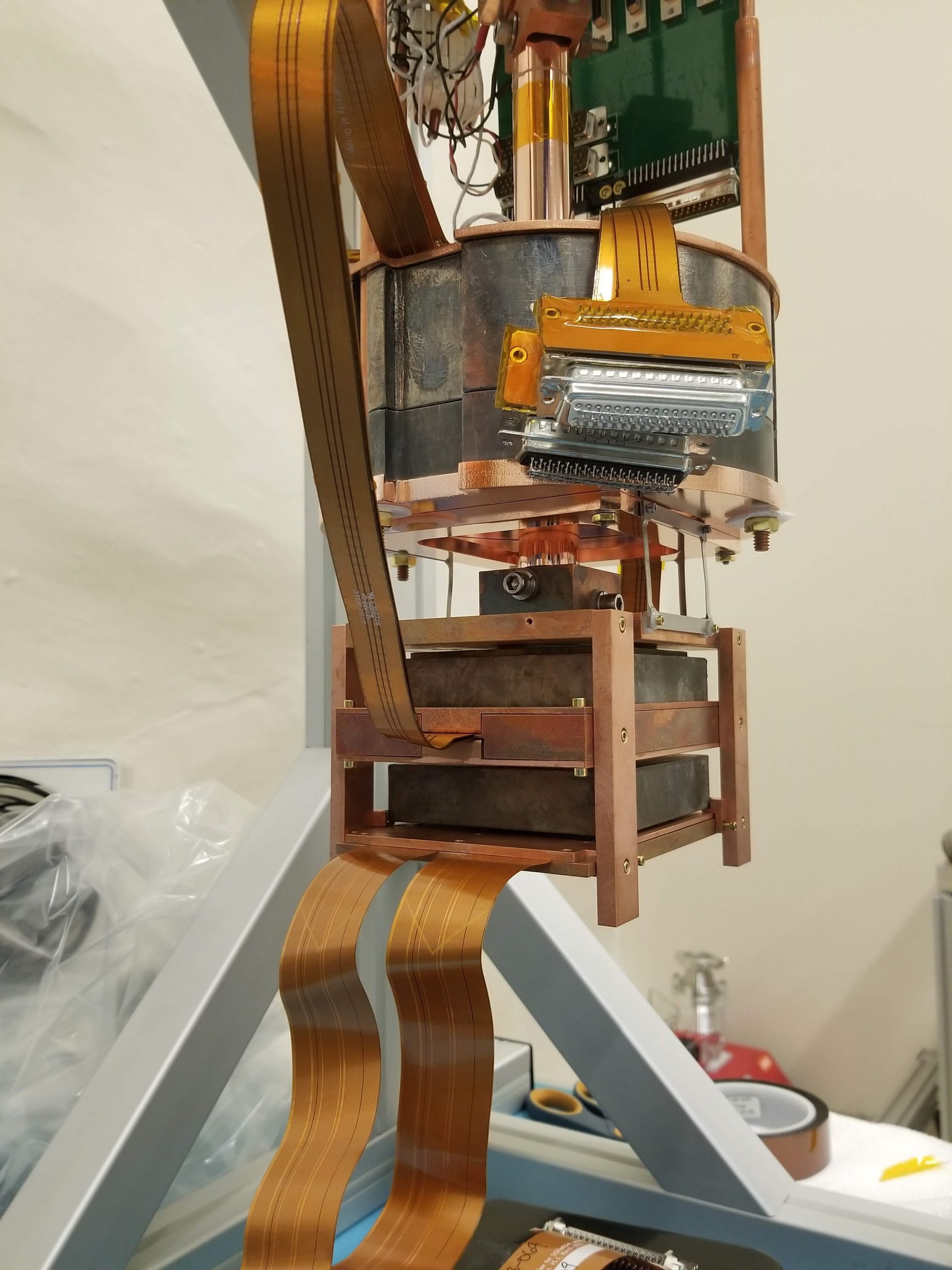 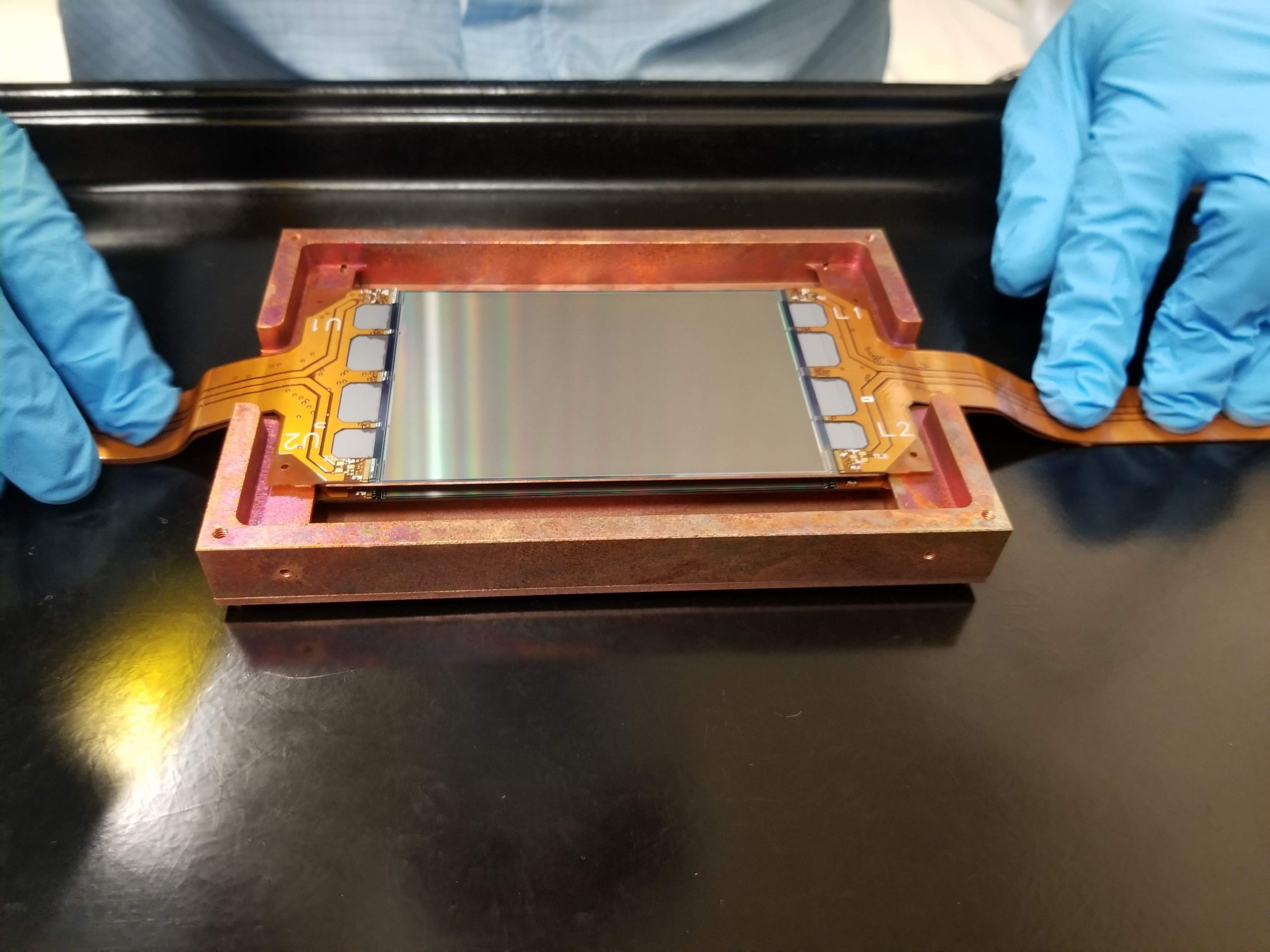 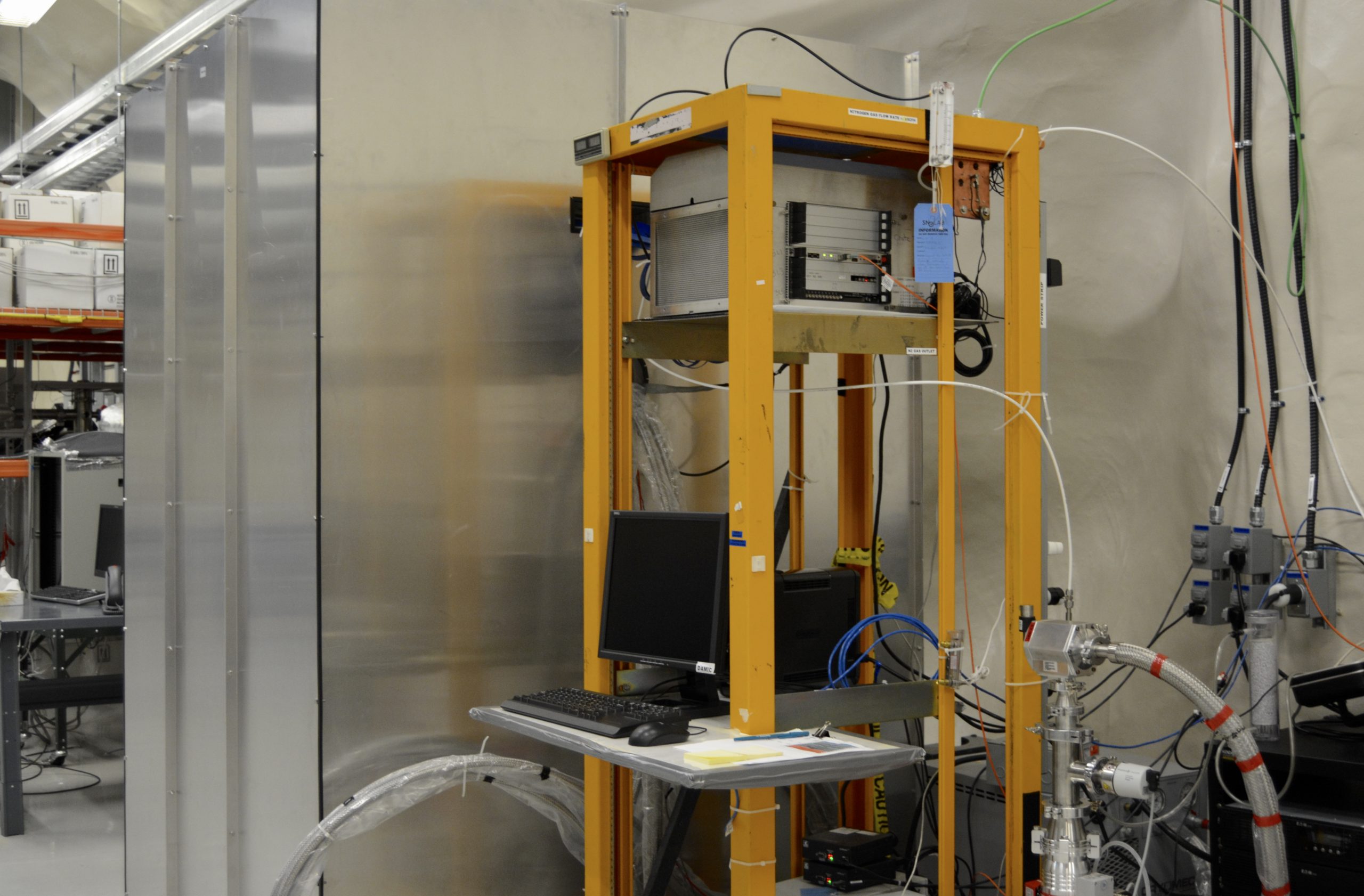 The steel panel in the background makes up one wall of the metal housing for DAMIC. 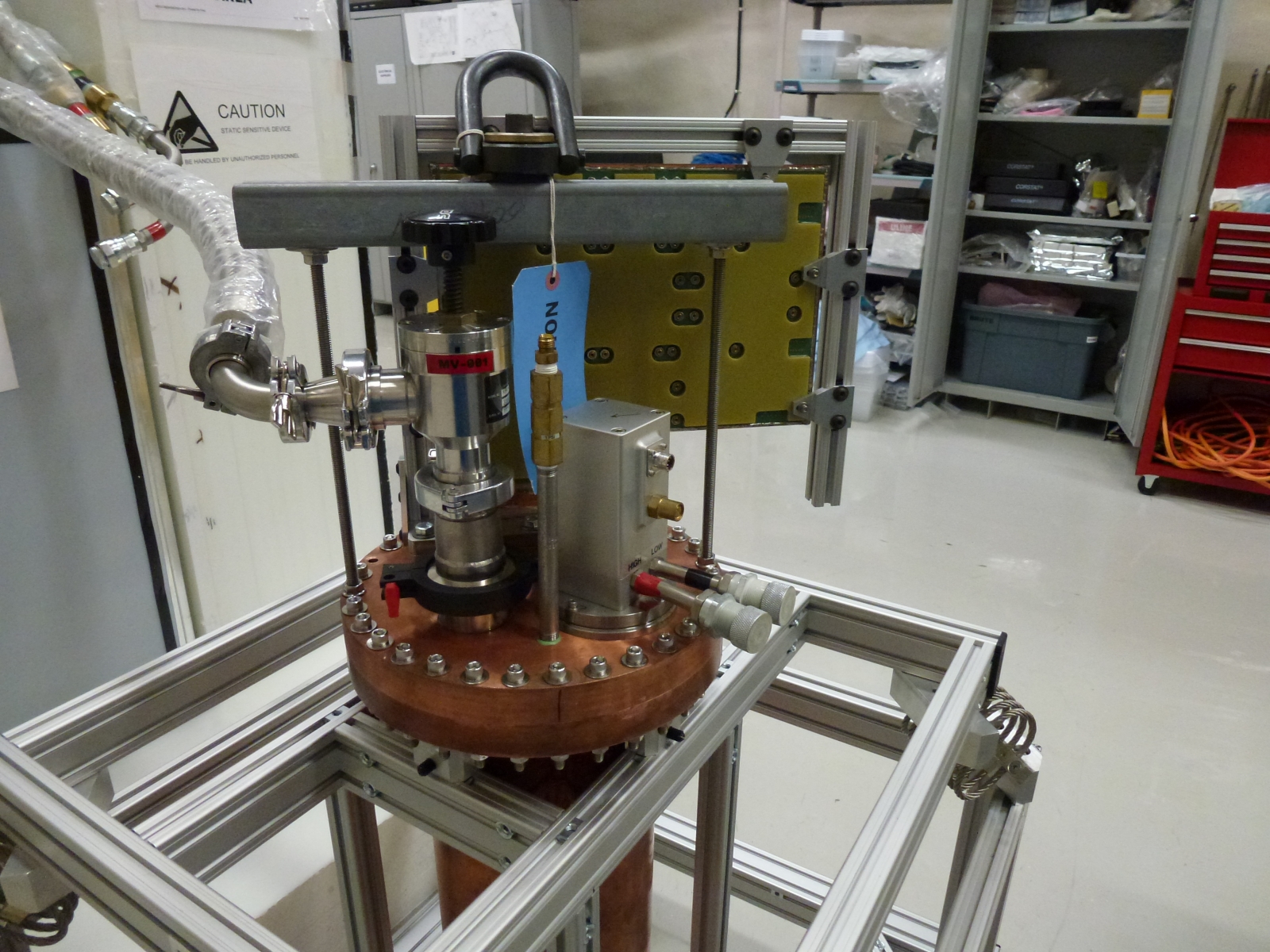 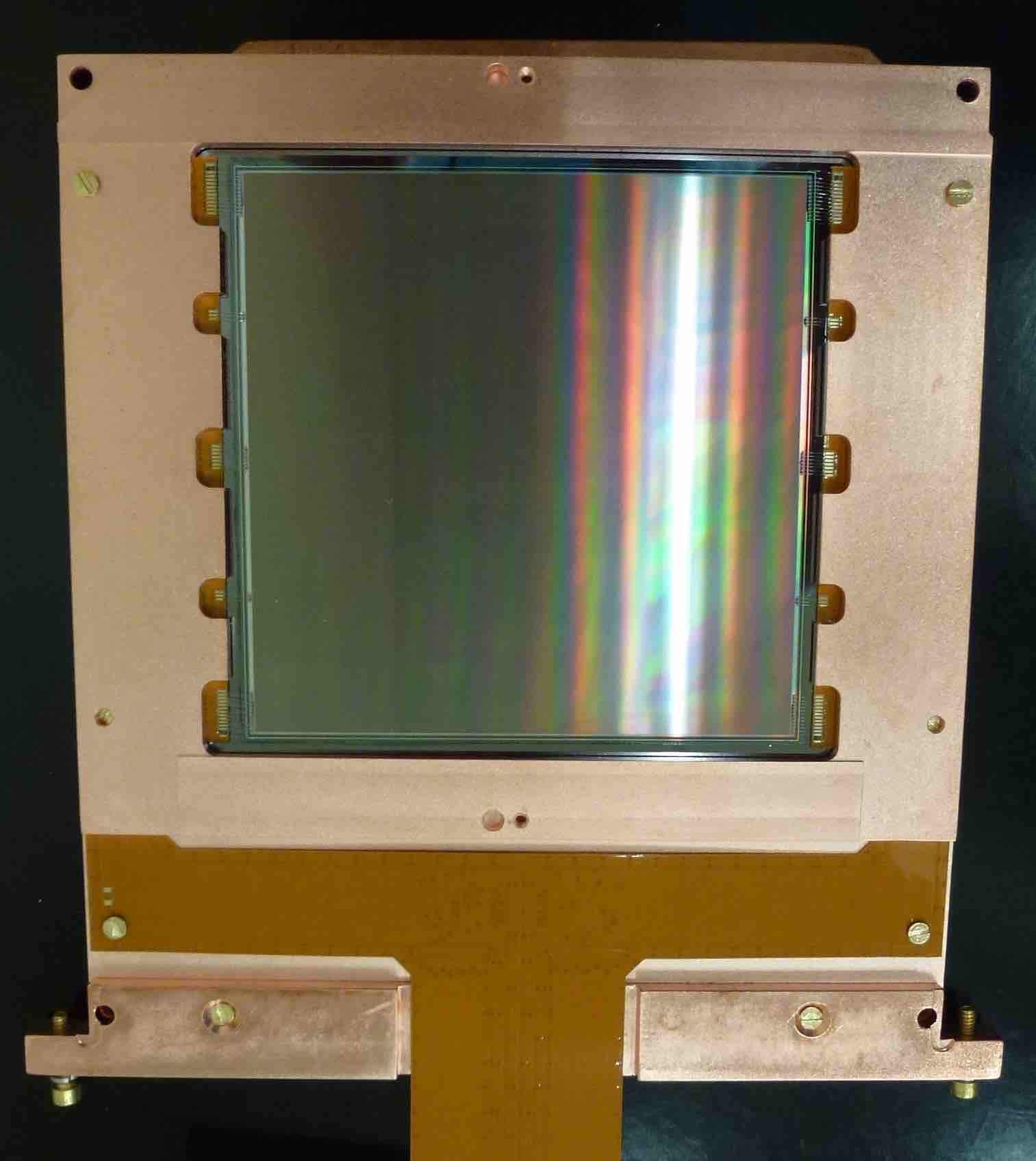 One of the CCDs used in DAMIC 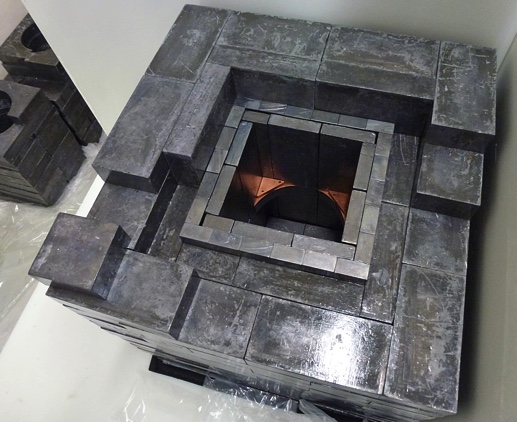 Lead castle providing additional shielding around the detector.
1 of 6