CUTE, the cryogenic underground test facility, is not a typical SNOLAB experiment. Rather than being a detector itself, CUTE is a facility built to test components of other dark matter experiments. It is well shielded from background radiation, can operate at very low temperatures, and is designed to prevent micro-vibrations that could interfere with testing. 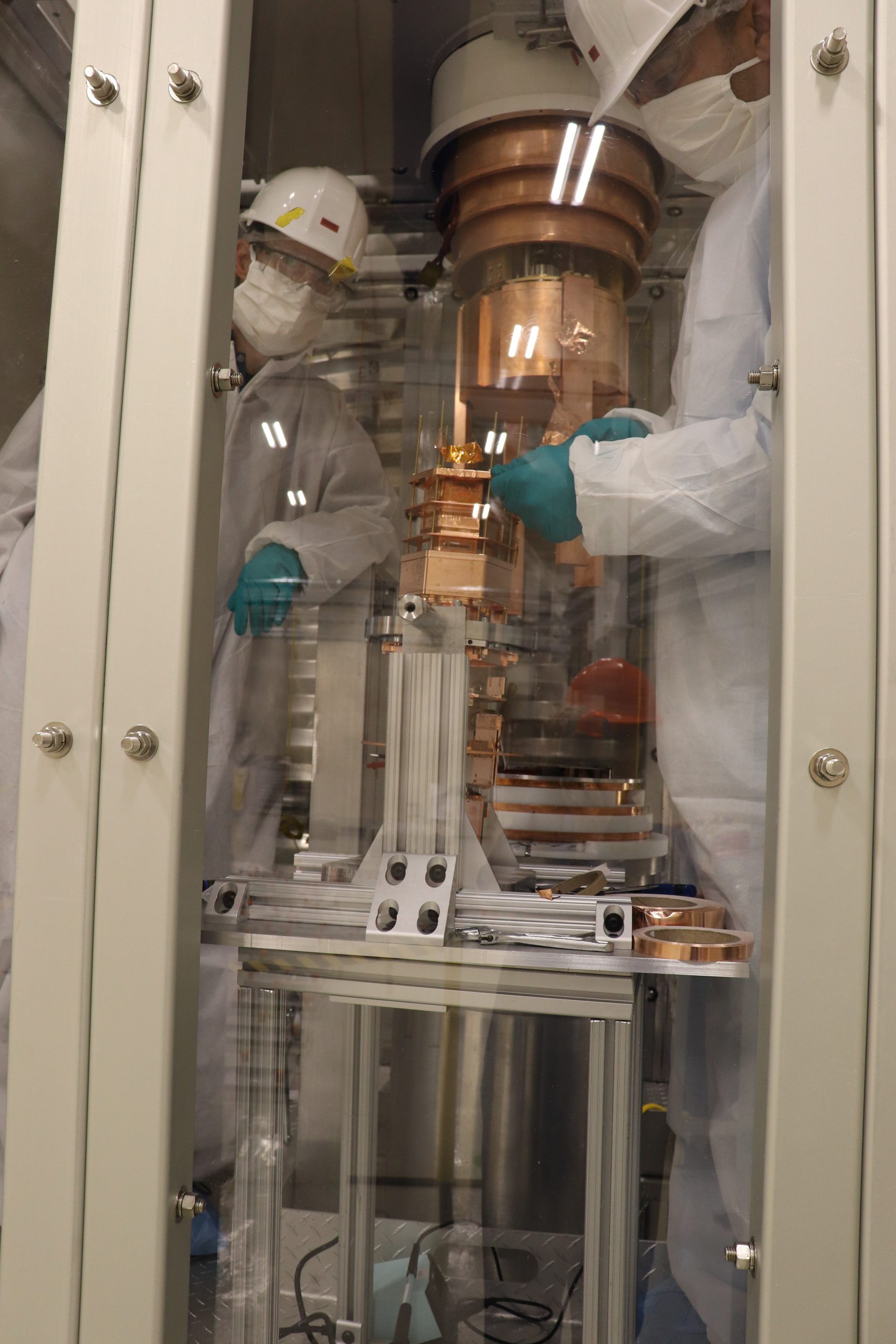 Staff work with SuperCDMS crystals in the CUTE cleanroom.
1 of 2